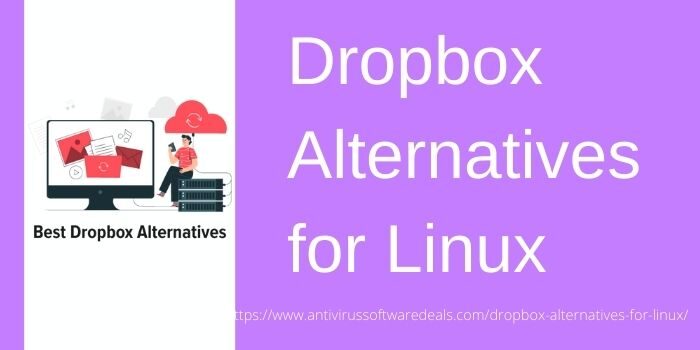 Cloud storage is an important tool that is needed for storing your important data. It is related to personal and professional life on the internet. In the era of the 21st century storing your data online is a must and everything will be organized as well. Since nowadays reliable old hard drives and pen drives are a thing of the old school. Dropbox is the most useful tool to store the data and make space in your device. But, there are many other Dropbox alternatives for Linux available.

Dropbox is one of the best platforms available on the internet and it’s useful in your Linux operating system as well. However, you can choose from alternatives if you are bored with Dropbox.

Is Dropbox Good For Linux?

Few storage tools support Linux. Dropbox is one of them and provides space to store your data. You can easily store your whole data in one place. It is fully secure. But, if you are not satisfied with some features which are provided by Dropbox. Then, you don’t have to be worried because we have brought out the list of best Dropbox for Linux.

From this list, you can choose the best one. They all have quality features that’s why they come in a list of Dropbox substitute Linux.

Now, you can choose the best tool from the Dropbox substitute Linux. These are the various tools that are popular and used by many people to store the data. 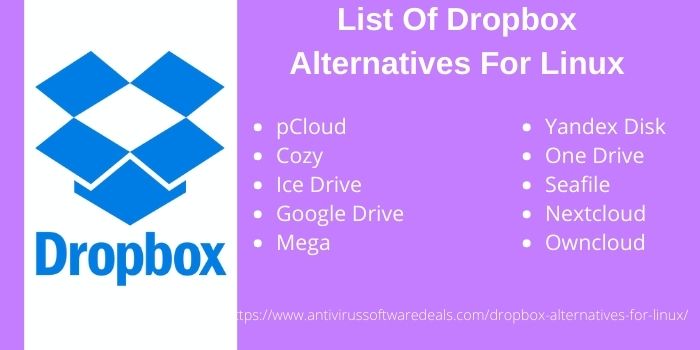 pCloud is a Swiss-based cloud storage company. You can share and collaborate on your files on the web and application as well. It is one of the best Dropbox for Linux.

You can also change your location from the US to or EU. Which hardly any cloud storage provides.

You will get 10 GB storage in the free plan, and the best thing is that files are encrypted as well. The files are also added to the version wise as well to make it easy for opening old versions of the same file. The paid plans start from $49.99/year for 500GB to $99.99 for 2TB. They also have a lifetime access system which is best for one-time investment rather than yearly billing plans.

Cozy.io is a french based cloud storage company that provides 5GB of storage of Free cloud.

It also has a digital locker for security and is easy to use. While the paid plan starts from 50GB for €2.99/month which is fine for the pricing for the user.

Ice drive is next-gen storage available. It also helps in storing files and collaboration as well. This cloud has two-factor verifications as well. Ice drive provides 10GB for the free plan which can be further expanded in paid plan from $1.67/month for 150GB to $15 for 5TB.

The data is also encrypted in crypto which makes it highly secure. It is a budget-friendly tool so you can also use it as an alternative to Dropbox for Linux.

Google Drive is one of the most used cloud storage used in the world. The storage provided 15 GB for basic users and it can be increased to as much as you need as well. The plan starts from Rs.125/month for 30GB and with a host of facilities for your business starting as well. The storage also has integration with many apps and extensions to be more productive with the storage provided. You have to use third-party software to use Google Drive in the Linux operating system.

Mega is a very popular cloud-based platform based in New Zealand before it was meg upload. Mega provides 20 GB storage for free and can be upgraded by paid plans. The plan starts from €4.99/month for 400GB storage and 1TB transfer per month. While the high-end plan is for €29.99/month for 16TB storage and transfer.

If you buy a yearly plan it will become a little cost-effective. The best thing is that the data is encrypted using a key that is used to save your data from ransomware as well. Because of all these features, Mega can be described as an alternative to Dropbox for Linux.

Yandex Disk is a big Russian search engine like Google which has the search engine, email, and cloud storage available. Yandex provides 100GB for $2/month. You have to use unofficial software to use it but it’s worth the effort to use this masterpiece in your Linux system.

One Drive is cloud storage built by Microsoft which is just like Google Drive which means it is rich in features. That’s why it is a Dropbox substitute for Linux. The basic plan provides 5GB storage and if you take the paid plan then for Rs.140/month for 100GB storage while if you take higher-end plans it will provide more features like Microsoft 365 office as well to make access to your office on the go.

Seafile is a type of free and open-source platform available. Apart from storing files, you can also edit the files as well. The platform. Cloud storage is a self-hosting platform that supports three users for free plans while nine users require $100 for a year. The professional edition has more features than the community edition which is a drawback.

Which depends on the server, and the main drawback is that it doesn’t have any free storage plan. The basic plan starts from €36/user/year. Which is more expensive than a sea file as well.

Owncloud as the name suggests is a platform for your cloud storage by your hosting and server but you can choose from their cloud storage plans as well. For self-servers €12/per month/user up to 15 users. While €13/user/month up to five users for 1TB of storage as well.

After reading this blog you will certainly find alternatives to Dropbox alternatives for Linux if you want to try some other type of cloud storing platform. While it depends on the end-user who wants cloud storage they prefer according to their requirements and usage.

Which Is The Best Dropbox Alternative For Linux? 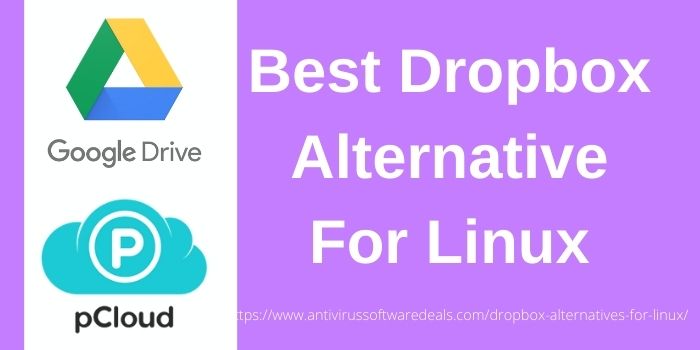 We have discussed the top 10 Dropbox alternatives for Linux. According to my, Google Drive and pCloud are the most popular apps to store data. You can easily share the data, files, and folders with privacy. These tools do not lack the privacy of data.

People use these tools to store data because they get security. You can store different types of files into one. The speed of syncing is fast and does not get a buffer while uploading any file.